This site doesn't support Internet Explorer. Please use a modern browser like Chrome, Firefox or Edge.

What participants say about this 5-day Challenge

About The Profile Builder Challenge

TIME SENSITIVE: This 5-Day Live and highly Interactive Challenge will help you to get featured on podcasts and publications without sounding needy or desperate.

During Profile Builder Challenge You Will:﻿

The PROFILE BUILDER CHALLENGE is designed to give you the confidence, tools and support you need to attract media attention so you can be seen and known in your field.

WHO IS THE PROFILE BUILDER CHALLENGE FOR?

The Profile Builder Challenge is for:

that want to leverage their personal brand to grow their business.

This challenge is for you if:

You want to become an authority in your field.

You want to make and impact in people's life.

You do what you do because you care.

You want to be paid your worth.

You feel what you do is more than just business; you are fulfilling your calling.

You want to grow a business that give you the freedom you want to do what you love (whether it is spending more time in your business or doing something different).

This challenge is not for you if:

You are looking for a magical solution to all your problems and are not willing to put in the work.

You are seeing this program as "your saviour" and don't realise that you get lasting results only by consistent implementation.

You are not willing to learn something new and are stuck in old ways.

HOW IT ALL STARTED...

When we started GTeX, and we became great at coaching and mentoring,

we had 2 BIG problems.

1) We had little money or resources. We decided to quit our jobs to focus on the business.

Both Ben and I came from different industries and had no network or presence in the personal development space.

After working with many clients and reaching our first six-figures before the age of 26, we solved the first problem...

But the second one was still there.It was hard to grow and scale because we were working hard to keep the business afloat and serving our clients.

We did not have high-paying clients, so we had to rely on volume and small payments.

And when the volume was not there...

We had to become very creative to make sure everything was going to get paid on time.

We have a big mission and decided to re-invest almost everything in the business.

We wanted to grow. We wanted to impact millions of people. But we realised that there was one missing piece of the puzzle.

We were still not known enough.

All the other influencers had a following.

All the other influencers were appearing on tv, magazines, podcasts and radio.

All the other influencers were creating major collaborations to expand their reach and support more people.

So we decided to take it seriously...

What I have discovered over the years is not rocket science.

But it requires strategy, connections and having the right message.

Following this decision, it only took 3 years to launch a corporate sales training company that did almost 6 figures in the first year and an investment company that helps recruitment agencies to grow and scale.

In one year, we went from 4 to 15 team members and ran an average of 200 live events every year.

I have since been writing for Forbes, Entrepreneur Magazine, The Huffington Post.

I spoke on TEDx and shared the stage with Les Brown, Dr John DeMartini, Jairek Robbins and many more.

Today we work with the top experts to get them known, paid and make the impact they want to make, and we helped more than 500 businesses to be profitable.

What participants say about this 5-day Challenge

Without Michelle, this challenge, as you see, would not be possible.

Here is a word from Michelle:

"My career started when I was made redundant but although it gave me the idea to consider starting my own business, the real fire under my wings came because of a very personal incident. I was married to a man who was accused and later arrested for the most heinous crimes imaginable against children. This rocked my world like nothing else could. Following newspaper headline and TV news depicting my husband's story in front of the world and almost having my daughter taken away from me, I fell into depression. After some time, well some years, I had a wake-up call.

I was given a chance to forget the past and make something of myself for me and for my daughter. I was already really keen on running my own business from the time I was made redundant but knowing that my daughter needed a least one decent role model, I was energised and motivated to do this alone. Whilst working part-time as an HR Manager and offering services to other companies in my spare time, I decided to hand in my notice and do this thing, called business the proper way."

Now you understand why Michelle is awesome.

She was able to go from invisible to visible, and now she frequently speaks at hundreds of the most prestigious events each year, running 3 businesses and getting featured in every publications or podcast you can imagine.

BBC, TEDx, Entrepreneur, Forbes, House Of Parliament, you name it...

We have known each other for years, and she is one of the most successful GTeX Members and certified GTeX Coach.

This is why we have decided to create and deliver this challenge together.

This is what you can expect from GTeX.

I don't pretend to be a guru that knows everything.

This is why I always collaborate with other experts that are walking their talk day in and day out to give you the best programs we can.

WHAT YOU CAN EXPECT 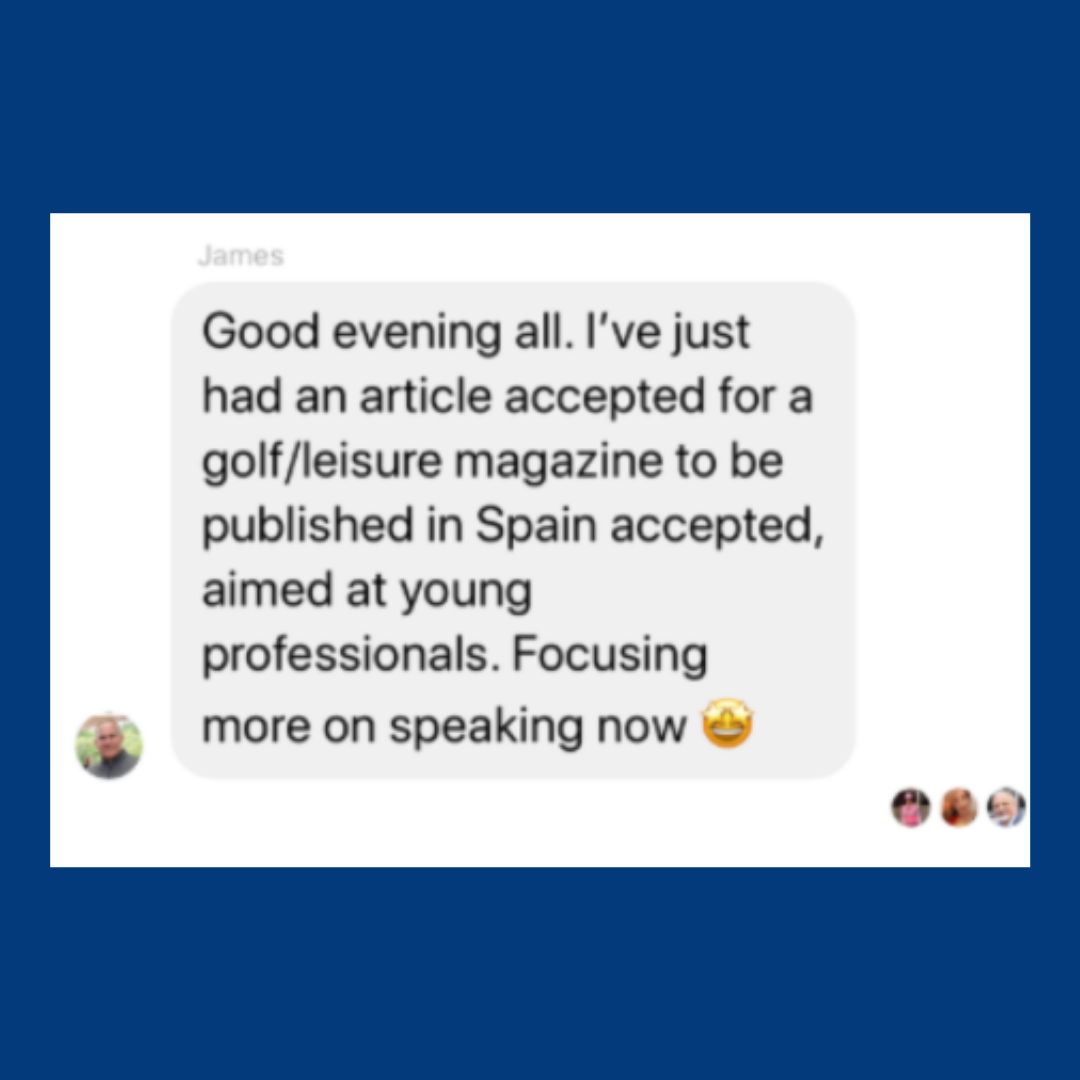 On Day 2 you will create an attractive profile so you can become a magnet for opportunities.

What is the difference between someone that gets paid £100 or £1000 for the same expertise?You profile will determine the perception people have about you, the quality of your work and your fees.

We will help you consolidate your profile so you can show the world how great you are. 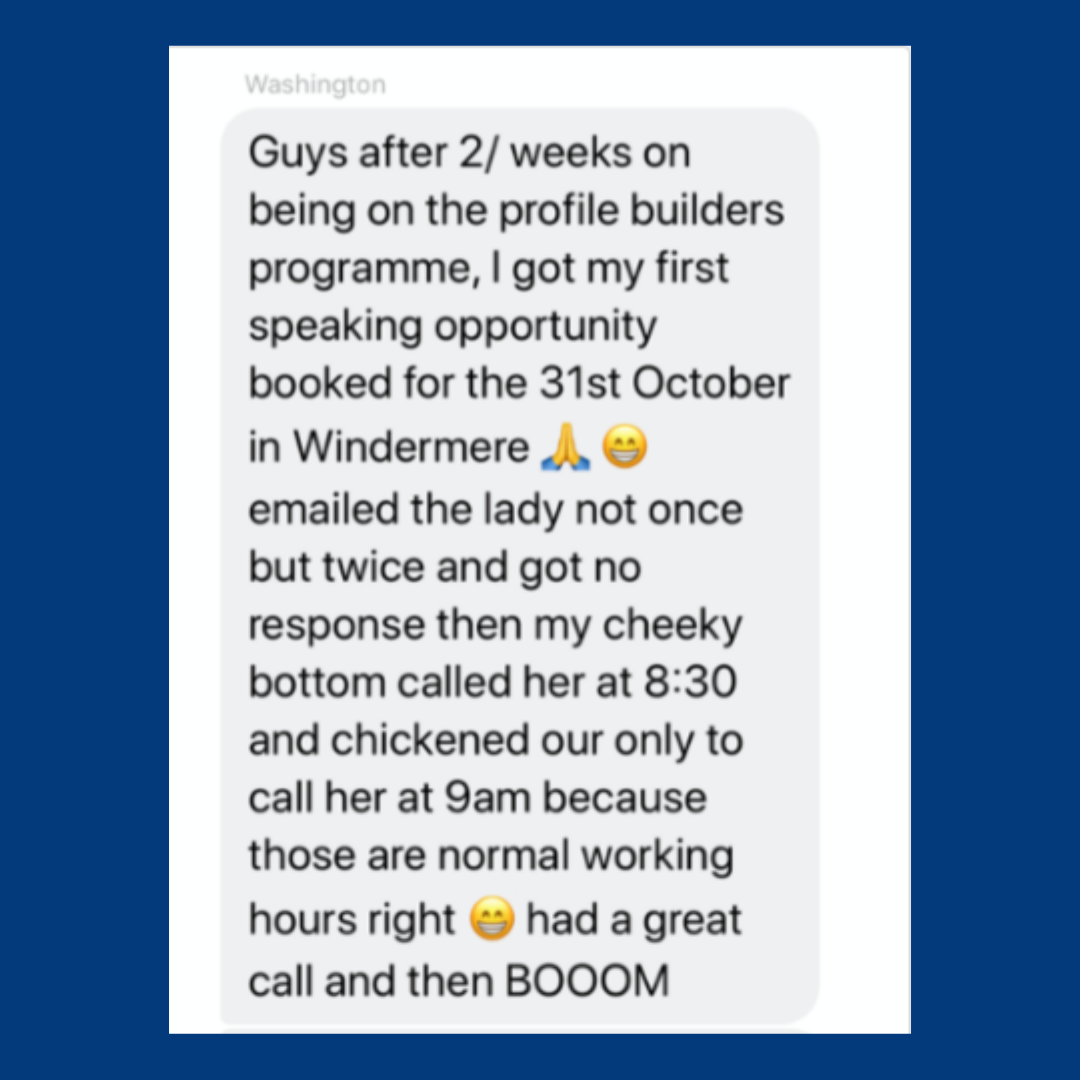 On Day 3 we will help you find relevant publications.

We will teach you a system that you can use to find hundreds of publications that are looking for experts like yourself, so you can get in front of millions of people and use what you have created for the years to come. 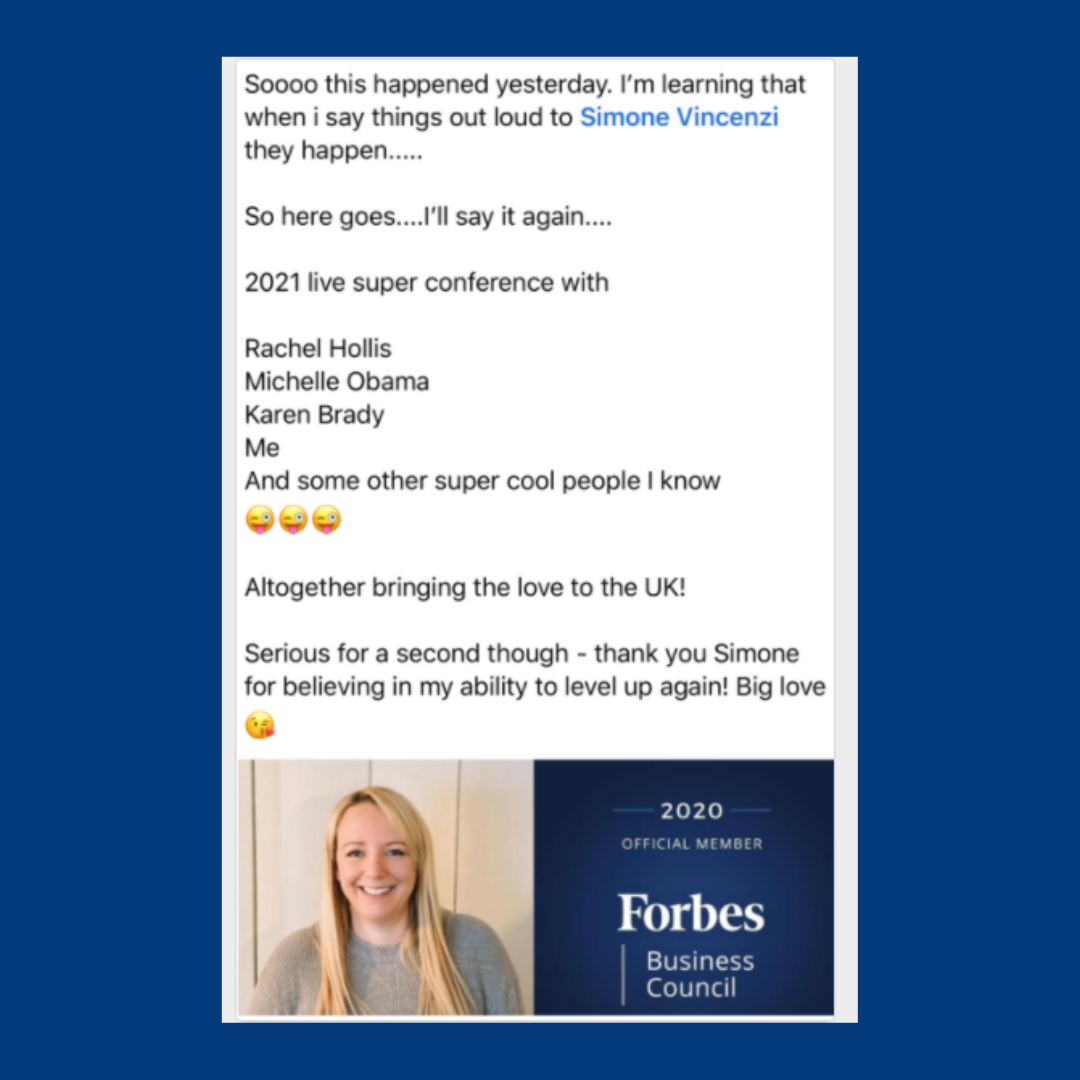 On Day 4 we will teach you an often overlooked way to connect with journalists and build strong relationships so you can get featured in minutes. 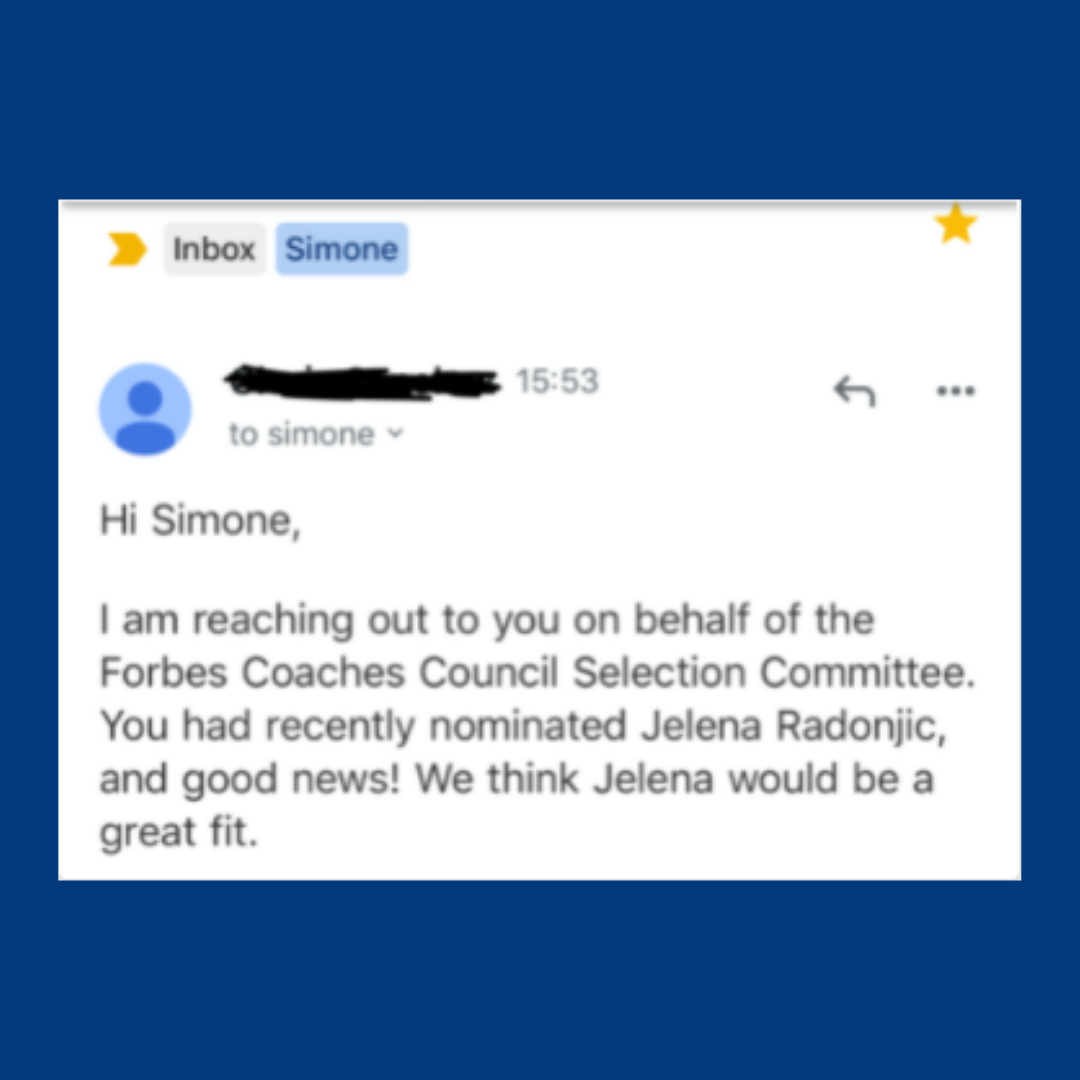 On Day 5 we will show you the most effective way to pitch to journalists and give them stories they want to feature.

You will also learn how to use a simple and effective tool that will help you connect with thousands of journalists.

We have some great surprises worth thousands of ££ prepared for you.

The content of the 5 days is just a small part of the feast we have cooked. 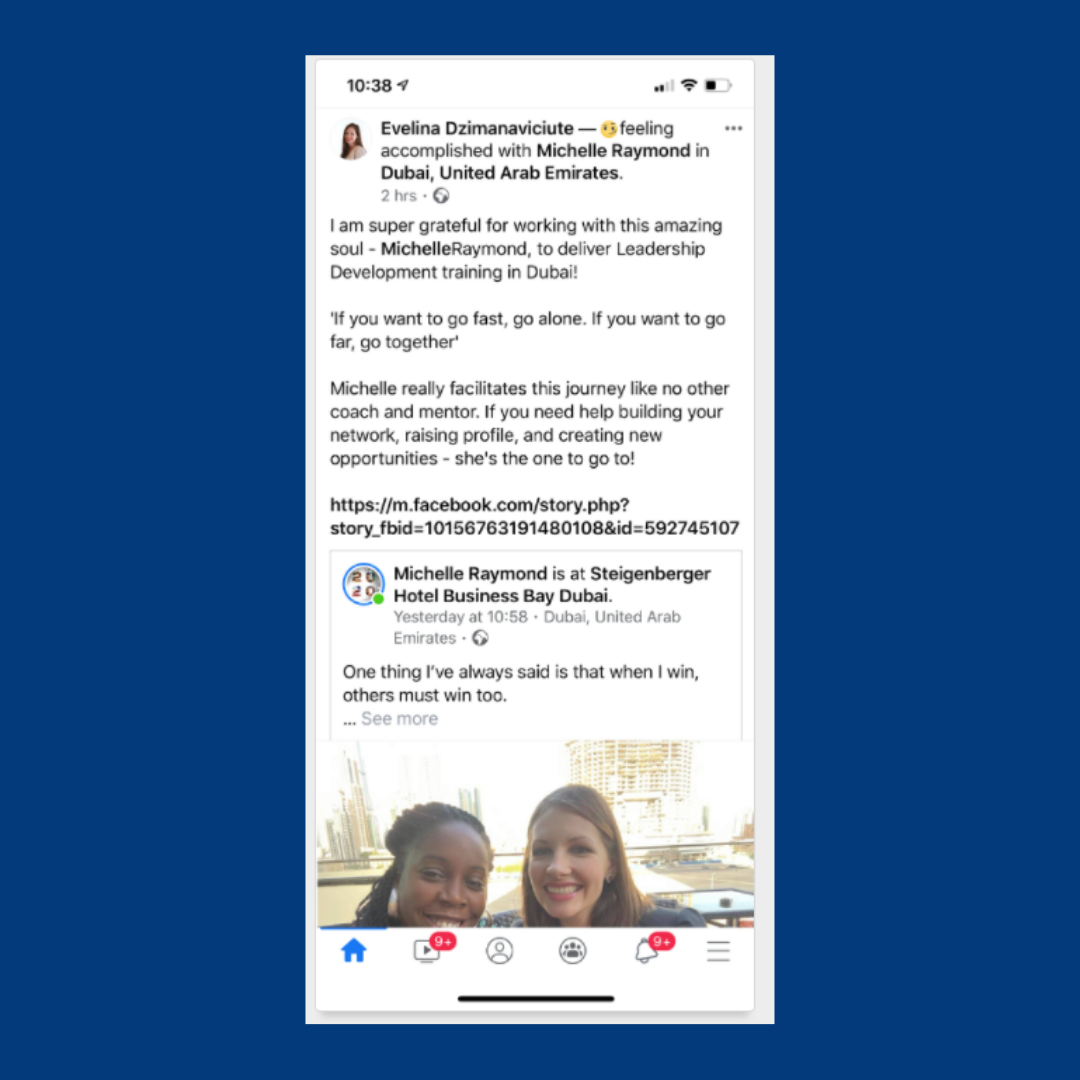 But You Don’t Have To Just Take Our Word For It.

I spoke at Amazon twice, got tons of speaking gigs and publications, booked up my group program and launched my high end services.

I finally found my core message and essence of my business

I got the biggest speaking gig of my life and converted like crazy.

I got many private clients and a £30,000 corporate training booking

The Professor of Professional Persuasion

I got 3 speaking gigs, a radio interview and 2 clients in the first month.

I got featured on Forbes after only one pitch using one of the strategies I have learnt by GTeX.

I got an interview on SKY TV, a speaking engagement, a few podcasts and a new client.

I got a corporate speaking gig in Dubai, 2 new clients and 54 leads from one of my events.

I got 4 corporate speaking gigs, and made more than £54k from my events.

I got multiple corporate speaking gigs in Dubai.

I have been featured in more publications I can count with many of my articles trending.

WHEN YOU JOIN THE 5 DAYS PROFILE BUILDER CHALLENGE YOU WILL GET:

Don't Wait Another Day To Get The Breakthrough You Deserve

Before you make your decision,

I have to say this: Your time here on earth is limited.

And because of that, you need to STOP WAITING

…for other people’s permission to step into the arena and be seen everywhere, and known by everyone

…… or, for the day you wake up and feel qualified/thin/ready/worthy enough to claim your place at the top of your industry.

Sure, if visibility and getting your message in front of thousands (or even millions) of people isn’t for you...

Click “close tab” right now, and move on to what does light up your soul like nothing else. But…

If you have a desire to get your message out there, and CHANGE LIVES through what you teach?

Then say “yes” to yourself, to your greatness, and to this opportunity to make your EPIC BREAKTHROUGH a tangible reality in just 5 days!

To the massive impact you’re about to make,

When does it start?

The Profile Builder Challenge starts on Monday the 22nd of November until Friday the 26th of February. Full details about timings of the training will be delivered when you register for free.

Ps. But get ready for some special surprises... Just saying...

Will The Profile Builder Challenge work for me if I don't have a program to sell?

Yes, it will. This is why you will have access to our 3 days EXPLODE YOUR EXPERT BIZ Intensive, where we will help you create your signature offer.

What if I already have a solid business?

Brilliant!! You will be able to leverage The Profile Builder Challenge in incredible ways. We will be able to consolidate what you have already achieved to get high-level opportunities.

What if I don't have a business yet?

The Profile Builder Challenge works even if you don't have a business yet as we will focus on building your profile, so you are not starting from scratch when you are ready to launch.

What if I am not good at writing?

If you think you are not good at writing we will help you find the right opportunities to build your confidence, skills and connections so you can improve.

Also I want you to remember that my first language is Italian and I have never been good at writing.

If I can get featured on publications, I am sure you can too.

What if I have other questions before I join?

If you have any other question, email me at [email protected], and my team will respond to any additional question.